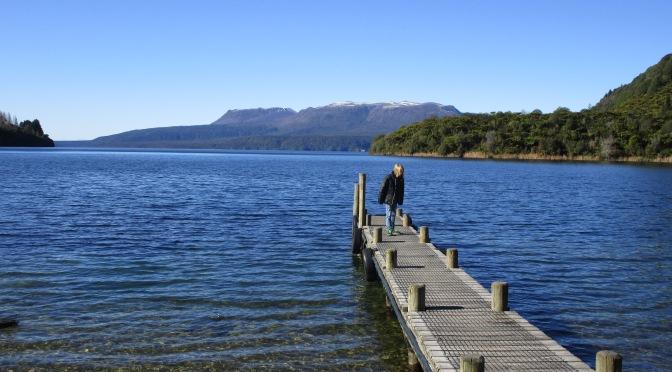 On June 10th 1886 Mt Tarawera erupted along a line of craters that extended sixteen kilometres and the space of a few hours the nearby village of Te Wairoa and the world famous Pink and White Terraces were covered in over a metre of volcanic mud and ash.

The death toll for the area was believed to have been as high as 153 – Te Wairoa at the time was a bustling village with two tourist hotels serving visitors to the Pink and White Terraces, two stores, a school, a blacksmith and a bakery.   By the end of the day not a single village house was left standing.

Today the site of Te Wairoa consists of several hectares of fields within which the visitor can walk amongst the excavated remains on the village.  There is also a lovely river walk and a musuem dedicated to the Maori and Victorian artefacts recovered from the site.  The following are a few of the photos which I  took during a visit in 2015.

Some of the displays from the museum 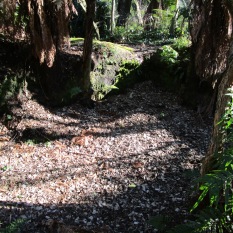 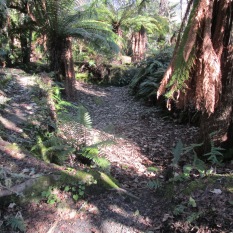 The unexcavated remains of two of the many houses in the area. 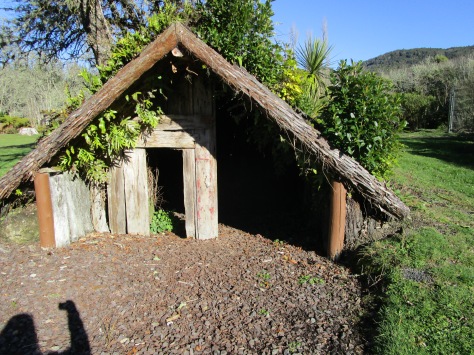 The above is the house of Tuhoto, a 100yr old tohunga (tribal priest) who bore the brunt of the blame for the disaster.  He had openly condemned the people for their decadent lifestyle and had predicted that disaster would fall on the community.  When the mountain exploded, he like so many was buried in his hut and local Maori were so angry they refused to dig him out.  He was eventually rescued by the Europeans (four days later) but died not long after in a sanitorium.

For more information on visiting The Buried Village of Te Wairoa go to http://www.buriedvillage.co.nz/

The cover photo is of Lake Tarawera with the mountain in the background.