Sarah is the only child of Michael and Julia Tremayne, born on the night of a full moon at the beginning of May 1999.  Her memories of her early years are ones filled with laughter and love until disaster struck.  At the age of eight years her mother was killed in nasty car accident on the A30.  Sarah remembers that day well, it was the day her happy, innocent world came crashing down around her ears.  Her father, in his grief forgot he had a daughter, retreating into the past and his work. 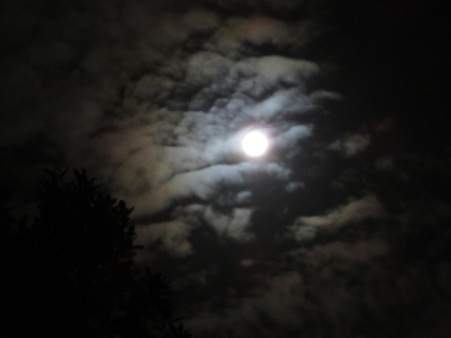 By the time Sarah was ten her father in his wisdom decided running wild over the moors and cliffs of Cornwall was not the best education for a young lady, so he sent her to boarding school.  St Bridget’s School For Young Ladies was nothing like any of the stories Sarah had read about.   It was, in her words, ‘stuffy, pretentious, stuck up and full of girls’.  Not being the girly girl sort Sarah had very little patience with those who were more concerned with hairstyles, who’s wearing what and what shade of nail polish goes best with the orange tank they just bought at Top Shop.

Perhaps it was a personality thing, Sarah didn’t like the school and the school (and just about everyone in it) didn’t like Sarah.  Apparently she has an independent (or should that be stubborn) streak which did not please people.   Her lack of conformity made her enemies among almost all the girls and her lack of toeing the line made her enemies among all the staff.  However, as with all good stories there was Rose among these thorns – Rosie – Sarah’s lifeline and best friend.   Why they were such good friends was anyone’s guess, Rosie was the opposite to Sarah – calm, quiet, studious and rock solid.  It was Rosie that made life bearable at school. But (and there is always a but) all that changes when Rosie’s father loses his high paying job in the City taking the family – Rosie included – back to his family home in Orkney.

It wasn’t long until things went horribly pear shaped for Sarah and a run in with the school bully found Sarah walking calmly out the school gates and to the nearest train station.  Heading for the place of her heart – Cornwall, Zennor and Nan.

Nan is a small bird-like woman with eyes that see more than they should – don’t try to lie to her, she will know!  Her two great loves are her herb garden and her dog (Brad the dog).  It is not unusual to hear her chatting away to the giant yellow Labrador whilst tending her garden.  Considered eccentric by those too young to know better she is Sarah’s safe haven, her arms and heart giving lots of hugs and love when it was needed most.

Nan’s personal history is one of non-conformity (it might be genetic), at the age of eighteen she found herself pregnant and without a husband.  To this day no one knows who Michael’s father was and many are sure that Nan herself doesn’t know either.   Bringing up her son on her own in the face of the gossips resulted in a personality that tells it like it is – woe and betide any who don’t agree.

A professor in archaeology, currently living and working in London.  His love of archaeology stems from a chance find on the slopes of Zennor Hill, that looms over the hamlet of Zennor.  His second great love was his wife Julia.  They met by chance (?) on a lonely path that winds itself along the high points of West Penwith, she stumbled into his arms twisting an ankle on the uneven surface.  The rest was history.

For the Professor life was never quite the same after Julia had her accident.  Although his mother encouraged him to face the world again for the sake of Sarah, every time he looked at his daughter he was reminded of Julia.  He retreated to London sinking ever deeper into his work leaving Sarah to be brought up by his mother.

The night before Sarah’s thirteenth birthday he had a dream.  He remembered the day she was born and how happy he had been, he remembered Julia’s words, “be there for her, always, no matter what, promise me”.  Waking up he realised that he had not kept that promise.  It was too late to fix the past but he made the decision that all would change and that very morning he got into his battered old jeep and headed for Sarah’s school.

Not a lot can be said about Julia, she arrived at Zennor with a twisted ankle and never left until the day she was killed in a car accident on the A30.

Unbeknownst to her new family she was one of an ancient group called the Mhyres an Loor or Daughters of the Moon.  Very little is known about the Daughters as they hold their secrets very close (and I don’t want to spoil things for the readers of future books).

Just a little bit of rain...summer my arse! #rainraingoaway #pleasedontflood #aucklandsummer
Can't beat a sunny Sunday...#cheltenhambeach #aucklandsummer #summervibes #swimtime #summersundays
Sunny Sunday at the seaside 😁 #summervibes #summersun #cheltenhambeach #aucklandsummer #Sundays #swimtime
Today the sun came out play! It feels like forever since we had a decent summers day. Decided not to take it for granted, so popped to the beach for a delicious swim 🥰☀️🌊
Today's beach find...the top of a 19th century gin bottle. I really need to do one of those 'found in situ' videos, you would have heard me telling the dog all about it 🤣
Back to the museum today and clay pipes were on the agenda #history #archeology #artefacts #newzealandarchaeology #newzealandhistory #aucklandmuseum