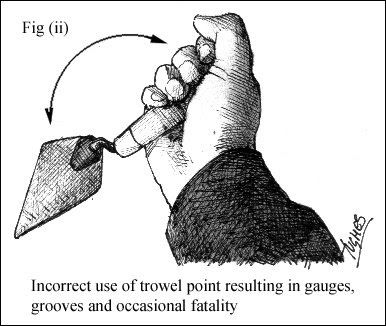 I originally wrote this article for Hubpages but over the last couple of years I have seriously neglected that writing avenue.  Anyway, I thought I would republish here might amuse some of you lovely readers.

Can Archaeology Be Funny?
It would depend on who you spoke to but in short, yes! It is often a humour born out of discomfort, sunburn, blistered hands, sitting through lectures that can test even the most ardent follower of archaeological theory. And lets not forget the constant need to defend ones subject choice. Whatever you do never ask an archaeologist about dinosaurs or worse – aliens…it is often hard to judge their reaction…

All of that aside, here is a short article with a few funny bits just to lighten the moment before we head into another (more serious) article. Have fun, don’t take it seriously and feel free to add your own funny moments in the comments.

An Alternative Glossary
Activity Area – Scatter of artefacts where archaeologists like to imagine something happened.
Artefact – (UK spelling) Any object that looks as if people made or used it.
BP – Nothing to do with petrol, simply an abbreviation for ‘Before Present’. As archaeologists tend to live in the past, their ‘Present’ is actually 1950 (the year radiocarbon dating was invented).
Barrow – A tumulus.
Culture – Archaeological term for regional groups of similar artefacts, often equated with different peoples, it is also the thing which grows on mugs and plates found in the excavation hut.
Dating Methods – Courtship rituals adopted by archaeologists who want to dig together…
Gender Archaeology – Feminist archaeology.
Hypothesis – A guess.
Lecturer – One who talks in someone else’s sleep.
Living Floor – Floor on which archaeologists think people lived.
Megalith – A big stone.
Microlith – A small stone.
Necropolis – An area of tombs; a kind of city set apart for the dead…think Cheltenham (UK)…
Posthole – Any hole too small to be a storage pit.
Ritual – All-purpose explanation used when nothing else comes to mind.
Spoilheap – Mound of discarded dirt resulting from an excavation, usually placed in the exact spot the dig director decides to excavate in the last two day of the dig…
Storage Pit – Any hole to big to be a posthole.
Theoretical Archaeology – Last resort of the desperate; those who can’t dig or just don’t like getting dirty/have an aversion to fresh air.
Theory – A series of hypotheses.
Tumulus – A barrow. 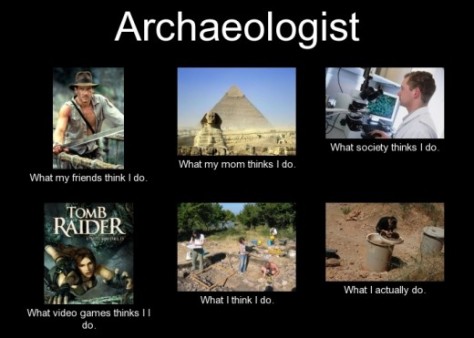 This Is Important…
There are a few basic rules everyone about to embark on their first excavation needs to remember and they are as follows.
1.  The most interesting part of the site will be under your spoilheap, or at least outside   the area you are digging in.

2.  The most important find will turn up on the last day or when you are pressed for times and funds (have you ever excavated a cremation burial by the light of a jeeps headlights?).

3.  Finding anything worthwhile will involve extending your dig and in any case it will not be what you are looking for.

5.  Only falsify data where absolutely necessary: every site is unique, excavation destroys it, so nobody can ever redo your work and prove your wrong.

7.  The number potsherds rises the longer you sit on the box they are stored in.

8.  The number of mutates (big grindstones) recovered at the site depends on the distance to the excavations vehicle.
(From: Bahn P. 1989 Bluff Your Way In Archaeology)

How to Read Archaeological Texts

It takes a special kind of person who happily reads archaeological reports without falling asleep – that is true dedication. The problem arises with the language used by those who write, designed to bamboozle, often causing the reader to glaze over. This is deliberate, the true aim is not to disseminate their knowledge but in effort to fool their bosses and keep their jobs (because as we all know working archaeologists are rare breed).
Below you will find a list of some of these phrases and what they mean in reality – hope it helps keep you awake!

‘Just possible’ – I’m pretty certain but I can’t actually prove it; the reader will see how cautious and clever I am being.
‘There is some evidence pointing towards…’ – There isn’t any but it would be nice if there were.
‘The evidence suggests that…’ – If it were twisted beyond recognition.
‘It would be premature to suggest’ – But wouldn’t it be fun.
‘All the evidence taken together points to…’ – It all points in different directions.
‘No right thinking scholar can doubt’ or ‘the discerning reader will observe…‘ – These are my final trump cards.
‘Further research may indicate…’ – Mine certainly doesn’t.
‘Adverse excavation conditions…’ – the recording was terrible.
‘There was no evidence of…’ – if there was, we didn’t see it.
‘The object crumbled to dust on exposure to air’ – Joe sat on it.
‘The relationship between the layers was uncertain…’ – Joe dug it away when we weren’t looking.
‘It was not possible…‘ – We didn’t think of it until afterwards.
‘A flimsy structure’ – Moira planned the postholes.
(From: Rahtz P. 1985 Invitation to Archaeology) 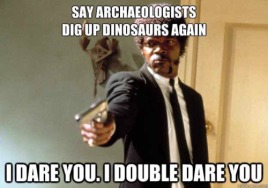 Yep it's still raining...photo taken on Friday before it all went to pants! #rainraingoaway #raindrops #rain
The beach took a battering yesterday...trees down, mini landslides and about half the sand is missing...#aucklandsummer #wherethesummer #aucklandbeach #fitzpatricks
Just a little bit of rain...summer my arse! #rainraingoaway #pleasedontflood #aucklandsummer
Can't beat a sunny Sunday...#cheltenhambeach #aucklandsummer #summervibes #swimtime #summersundays
Sunny Sunday at the seaside 😁 #summervibes #summersun #cheltenhambeach #aucklandsummer #Sundays #swimtime
Today the sun came out play! It feels like forever since we had a decent summers day. Decided not to take it for granted, so popped to the beach for a delicious swim 🥰☀️🌊