One of the features of the Auckland landscape is the profusion of volcanic cones, all of which have been altered in some way by the people who have lived here – North Head is no exception.  Situated at the entrance of the harbour it has over time been used as a part of Aucklands strategic defences during times of unrest.

Long before people walked the land there were volcanoes – a distinctive feature of Aucklands skyline – and although North Head is just one of many, it is one of the oldest and was formed over 50,000 years ago.  The following photos demonstrate the ancient geology of the headland – the different layers of scoria, ash and mud clearly visible. 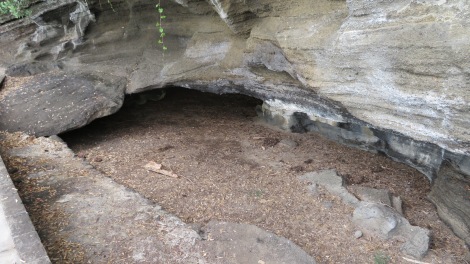 The story of Maori in the Devonport penninsula begins with the tradition of the arrival of the Tanui waka having put ashore at Torpedo Bay (a stretch of beach below the headland facing the inner harbour). Excavations were carried out in 2010 in the bay as part of the redevelopement of the Naval Museum and surrounding areas.  During this time a great deal was discovered about the use of Torpedo Bay during the colonial era but it was the unexpected prehistoric Maori finds which had the archaeologists most excited.

“Unexpected nationally significant prehistoric Maori archaeology was also found near the end of the investigation, including cooking ovens, moa bones and an adze.

Three species of Moa and at least five individuals have been identified from the lower two settlement layers. All of the species are known North Island Species of Coastal bush Moa (Anomalopteryx didiformis, Pachyornis geranoides and Euryapteryx curtus). As the only site in the Auckland, Coromandel Northland region with definitive evidence of hunted Moa rather than industrial Moa usage by Maori, the dating of this site will potentially answer long held questions concerning moa extinction in the North Island. It may dismiss the general belief that the Auckland Coromandel area was not associated with Moa hunting and is not a primary area of archaic settlement by early Polynesians and was therefore occupied later than other areas of settlement.

The preliminary radiocarbon dates indicate settlement at the site ranged between the early 15th century and the late 17th century. It could be one of the earliest sites discovered in Auckland.”  (from http://www.wasteminz.org.nz/wp-content/uploads/1b.Strong.pdf).

Early photographs show the lower slopes of North Head (Maungauika) as being used by Maori  for gardens and early Europeans describe a Maori settlement at the foot of the hill with gardens and fish drying racks. Tradition also tells us that the Ngati Paoa settled Maungauika until the 1700s when Nga Puhi attacked and beseiged the pa.  The later European story of North Head has all but wiped clean the Maori history of the headland although it is still possible to see the occasional evidence of Maori occupation such as middens eroding out of paths and the occasional unexplainable terrace.

The view north towards open sea.

The view south (west) towards the city and township of Devonport – Torpedo Bay is in the foreground.

The view towards Rangitoto.

The first part of the colonial story begins with North Head being used as a pilot station from 1836 to guide ships into the newly established European settlement of Auckland.  In 1878 it was made into a public reserve with the stipulation that should it be necessary North Head would be re-appropiated for defence purposes.  By 1885 this became a reality as fears of a Russian invasion began to sweep New Zealand.

North Head became one of several defence forts that were set up to protect Aucklands harbour.  On the headland itself there were three defences – the North Battery, the South Battery and Fort Cautley on the summitt.  Each had there own heavy guns, an observation post and high earth ramparts with bullet proof gates and barbed wire.  In addition each had the very latest in military technology – an 8 inch disappearing gun. In addition to these defences a minefield was in place across the inner harbour to Bastion Point.

The above are photos of the North Battery.

Over the next twenty-five years these first fortifications were expanded and strengthened by convict labour who lived in a prison on the summit.  They dug out many of the tunnels and underground storerooms which are so popular with young explorers today.  With the threat of war once more looming in the early twentieth century new engines were put into the engine rooms, more searchlights were added, new barracks were built.

In all three instances (the Russian scare, WWI & WWII) not once were any of the guns fired in anger.  During WWII the headland became the regimental headquarters and main administrative centre for the Auckland’s coastal defences. Many of the guns were moved to Whangaparoa although North Head did become the site of the anti-submarine boom (a wire netting barrier covered by two guns at sea level) which protected the harbour from attack by submarine.

The South Battery and its disappearing gun.

The latter barracks on the summit.

The only stone building on the summit – once the kitchen block. 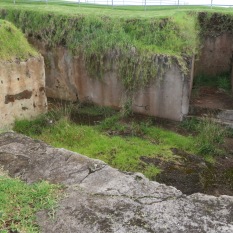 The remains of the summit battery.

By the end of the 1950s the army had left the headland although the navy still ran a training school on the summit.  In 1996 the navy had also left and now the area is administered by the Department of Conservation. 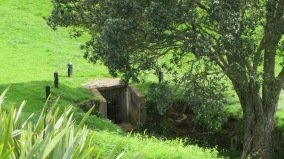 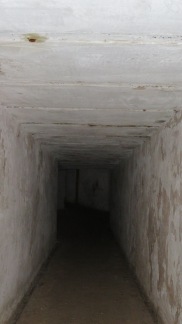 Observation posts and tunnels associated with the North and South Batteries. 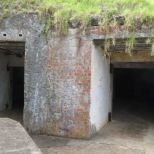 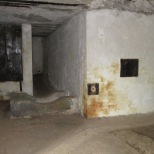 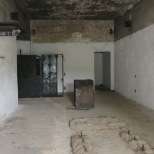 The Engine Room – an independent source of electricity for the search lights etc.

One of the features for the defence of the Auckland Harbour was the minefield which went from North Head to Bastion Point.

So much to explore all around the headland…

A History of NZ Coastal Defences

The Department of Conservation  A PDF can found here for a self guided walk around the headland.